Most of Lebanon’s People Face Critical Shortages of Water

Lebanon’s water supply system is on the verge of collapse. In July, a report published by UNICEF warned that most water pumping would gradually cease across the country within four to six weeks as the country’s power grid falters.

On August 21, UNICEF’s Executive Director Henrietta Fore said that “unless urgent action is taken, more than four million people across Lebanon – predominantly vulnerable children and families – face the prospect of critical water shortages or being completely cut off from safe water supply in the coming days.”

Lebanon is facing a dire economic crisis worsened by political deadlock. Shortages of funding, fuel and supplies have affected water pumping, restricting people’s access to safe water. The country also hosts the largest per capita population of Syrian refugees in the world, providing shelter to 1.7 million people. The regions of Baalbek-Hermel and Bekaa, both with at least 40 percent Syrian refugee populations, are among the most vulnerable areas to water shortages in the country.

At least 70 percent of Lebanon’s population faces critical water shortages with many people at risk of running out of water in the coming days, according to UNICEF. 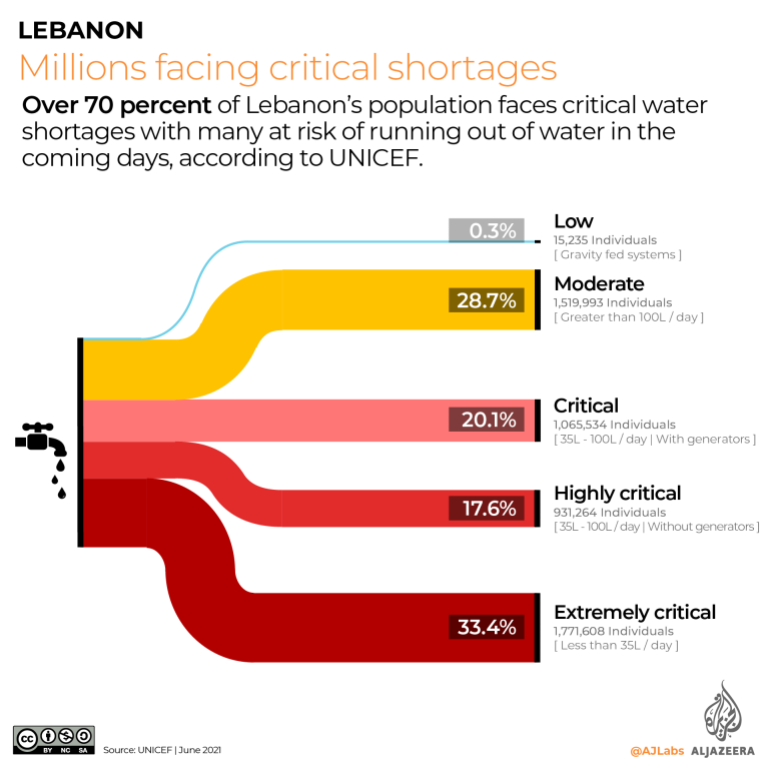 Lebanon is battling an economic meltdown that has left more than half of its population in poverty. The financial crisis has led to severe shortages of basic necessities including food, clothing, medicines and fuel. On average, food items today cost about 10 times more than they did in 2019.

The country’s currency, the Lebanese pound – or lira – has lost more than 90 percent of its value in less than two years.

In 2019, 1,000 Lebanese pounds could buy four litres of bottled water. Today, a 500ml bottle costs that much – an eight-fold price increase. 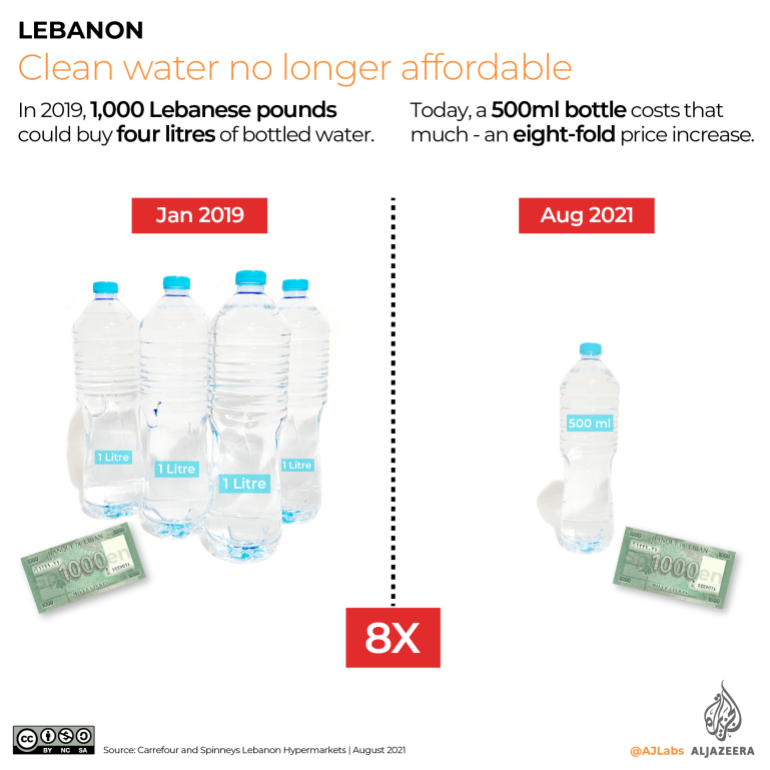 Without electricity to power water pumps and money for maintenance, the public water supply system could collapse. UNICEF estimated that water costs could increase by 200 percent a month when securing water from alternative or private water suppliers if the public system collapses. The UN agency said it needed $40m a year to secure the minimum levels of fuel, chlorine, spare parts and maintenance required to keep critical systems operational.

The world’s most expensive fuel

Lebanon has faced months of severe fuel shortages that have led to long lines at petrol stations and plunged the small Middle Eastern country into darkness. On August 11, Lebanon’s central bank said it could no longer finance fuel imports at heavily subsidised exchange rates and would switch to market rates.

The government objected, refusing to change official selling prices, creating a standoff that left importers in limbo and caused supplies to dry up across the country.

Following an emergency meeting on August 21, Lebanese officials decided to increase the price of fuel by 66 percent in an attempt to ease the crippling fuel shortages. 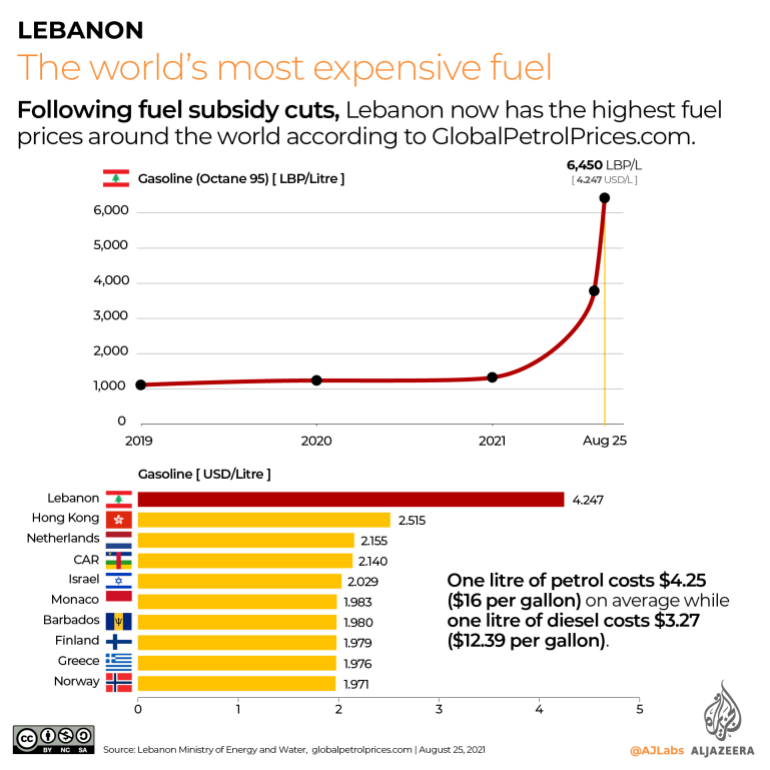 It’s crunch time for the administration. President Biden, his ai…

Finance Minister Avigdor Liberman came out Wednesday against the impos…